We have six of these 6’x4’ nets of multi-colored lights.

We bought them because previously we had been using single strands of white lights on the holly bushes in front of our house, and we wanted to add a splash of color three years ago.

We saw these nets on our friend’s neighbor’s front bushes and thought they would look really great draped over each of our six holly bushes.

We’ve had these lights for three years now, and will be putting them up soon for the third time. The first year we draped them over the holly bushes and connected them in series to a light sensor.

They are the perfect size for small-to-medium sized holly bushes. If our bushes were bigger, we might have wanted more than one net per bush, but for us, one worked fine for each bush.

The next year we tried using them on our wrap around porch railing and loved the effect. This year we will probably put them on the railings again, or maybe we’ll buy some more sets and use them on the bushes and the railings.

What I like about them most is the very regular grid-like look that can be achieved, but my husband and I also like a little more random spacing of lights on the holly bushes, so that first year we spent a little time adjusting and weaving the lights on and around the holly branches.

The extra time we took experimenting was so worth it because the final look of the colored lights on the bushes was very pretty that season.

We discovered that the best way to store them at the end of the season is to lay them flat on a thin blanket or sheet and roll them up. This keeps them from getting tangled and makes it so easy to unroll and drape the next season.

We’ve had a lot of compliments on our outdoor decorations since adding these net lights and can’t wait to add them to our decorating again this year.

We are very happy with these Holiday Wonderland brand lights and will order this brand again if we decide to add more this year. 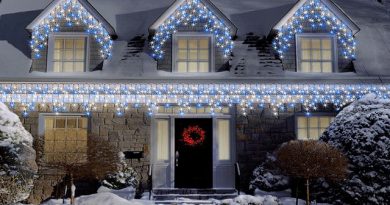 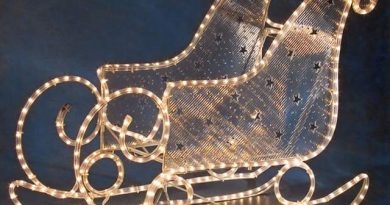 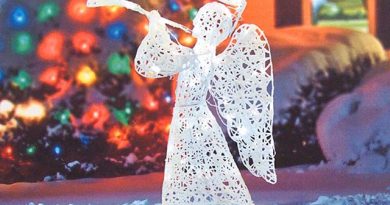